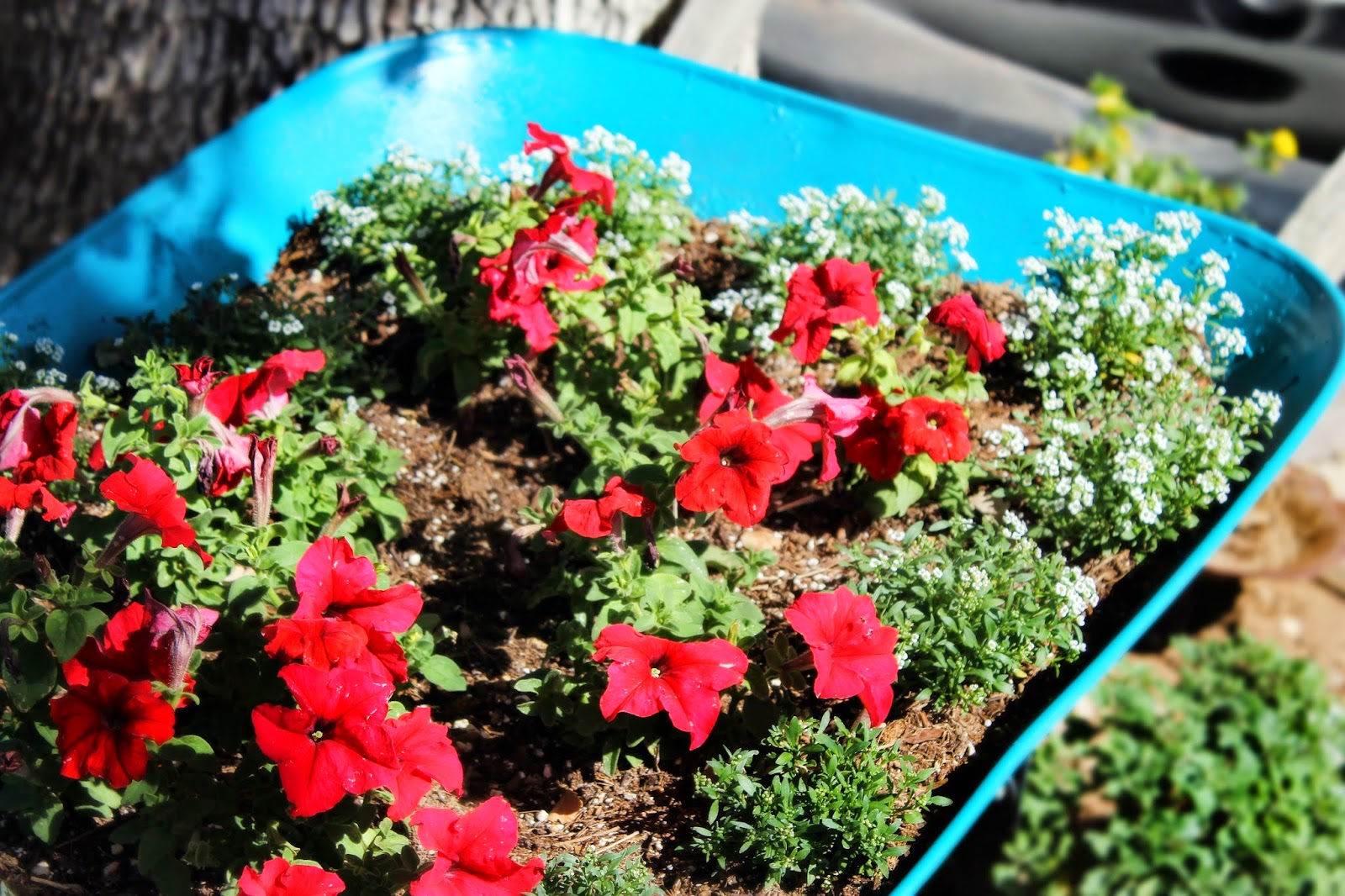 This old broken-down wheelbarrow has been hiding in the back yard for several years now. 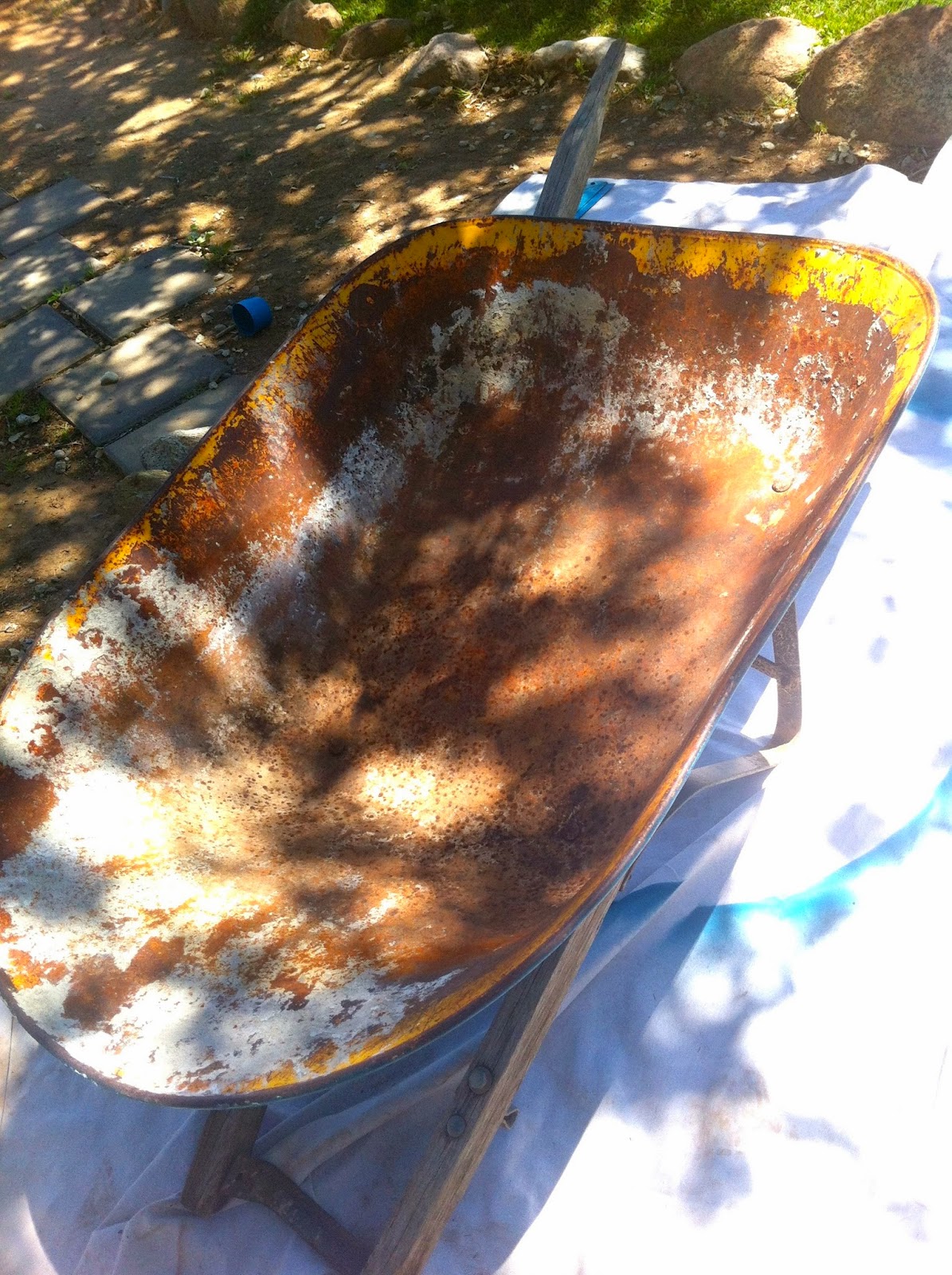 I love the rust but not the yellow.
I decided spray paint would be a quick and easy fix. 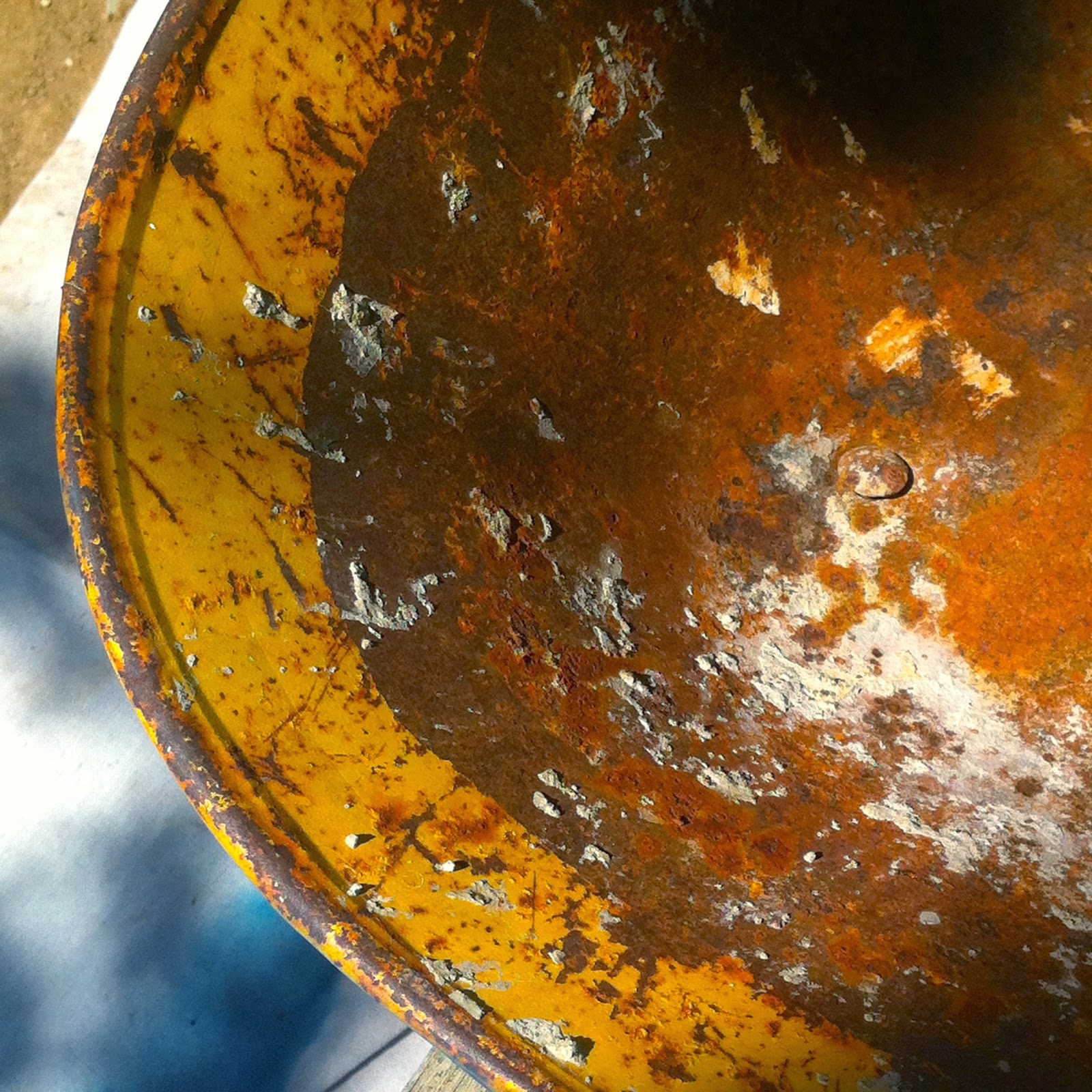 To prep it, I simply hosed it off. I didn't even attempt to remove the crusty cement. The bolts were rusted on so I left it as is and didn't even take it apart to paint it. 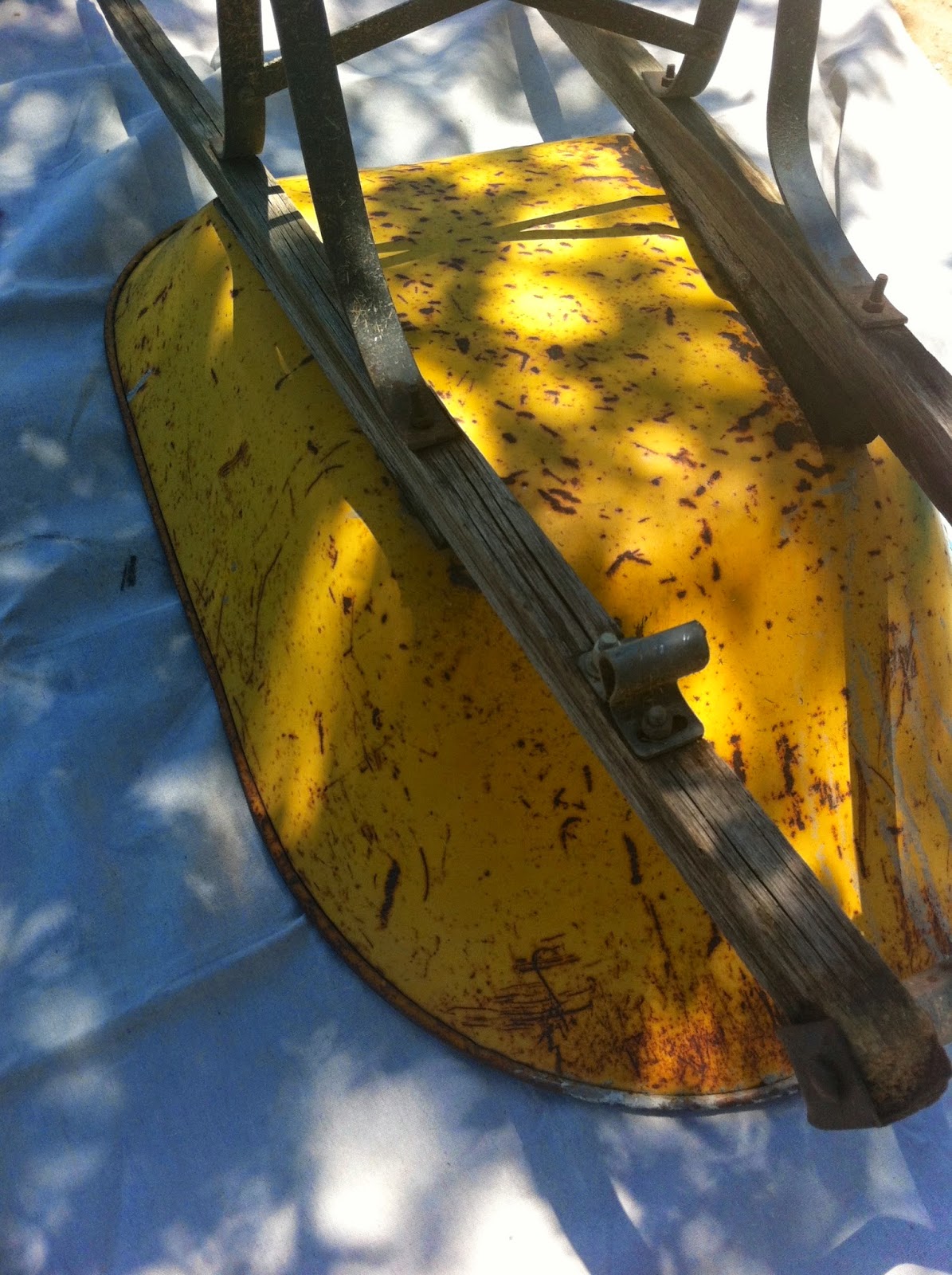 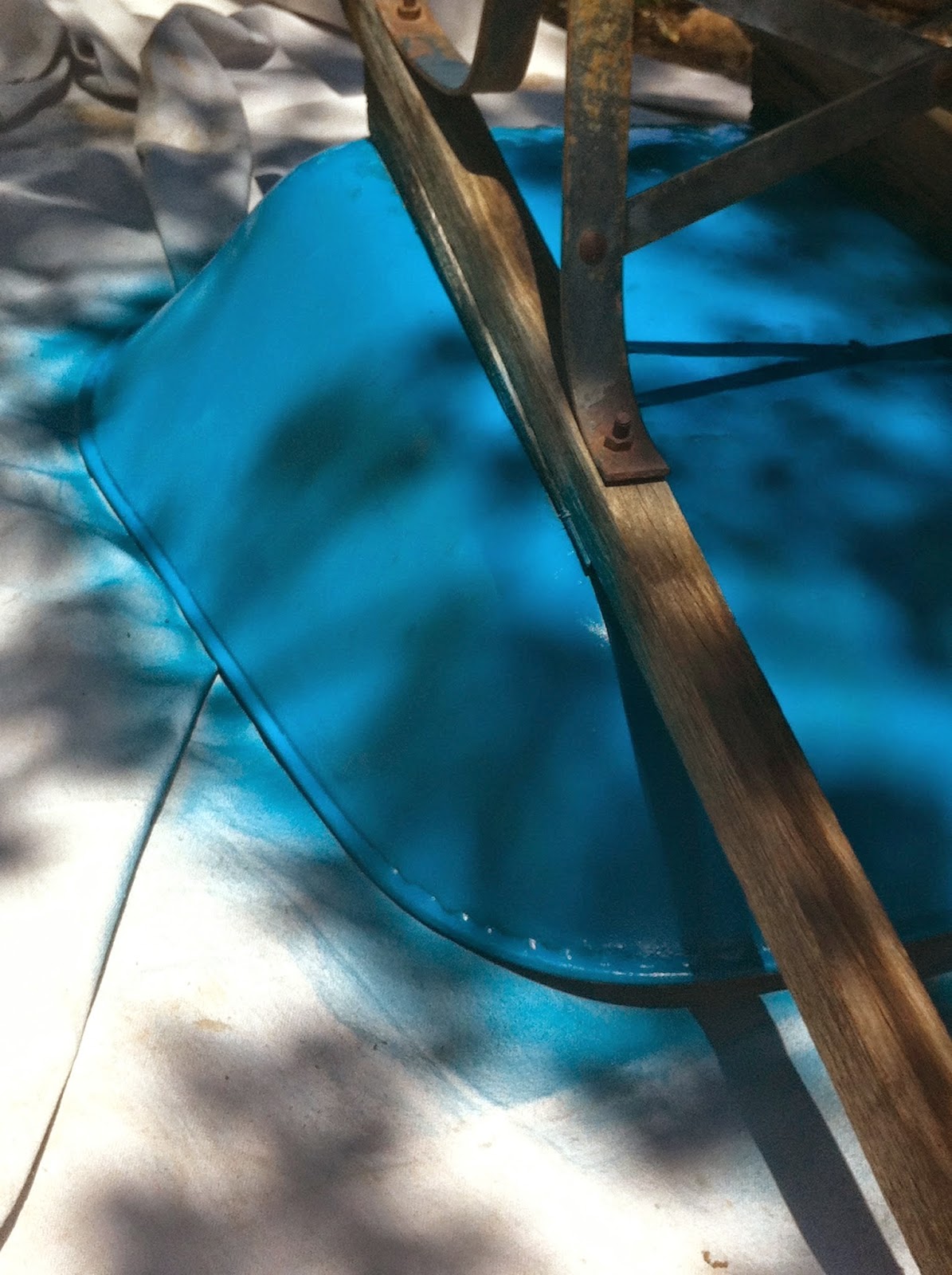 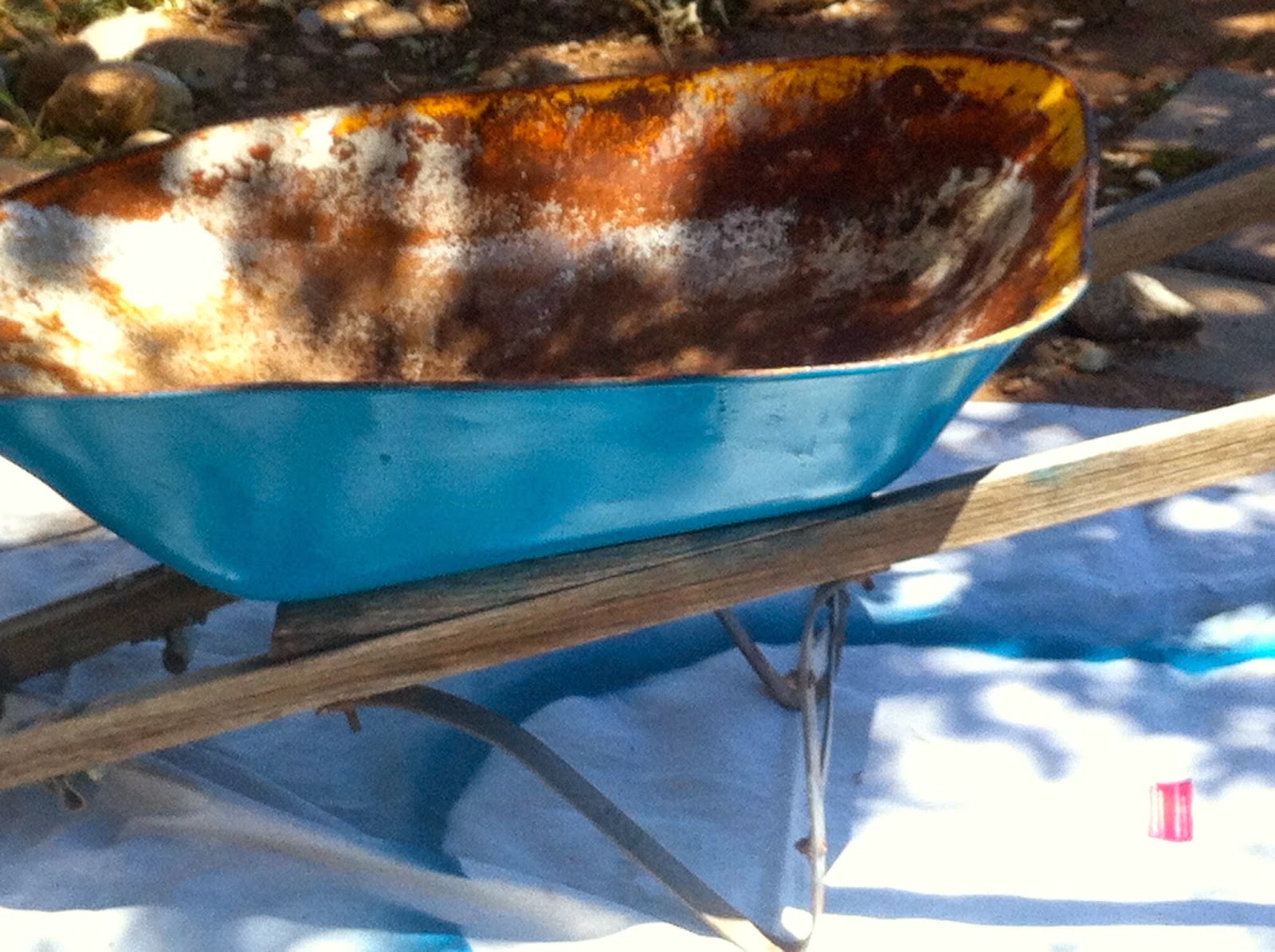 I added red petunias and white alyssum (2 of my favorite flowers).
I used Rustoleum Satin Lagoon which is more of a turquoise blue, but paired with white and red flowers it looks very patriotic. 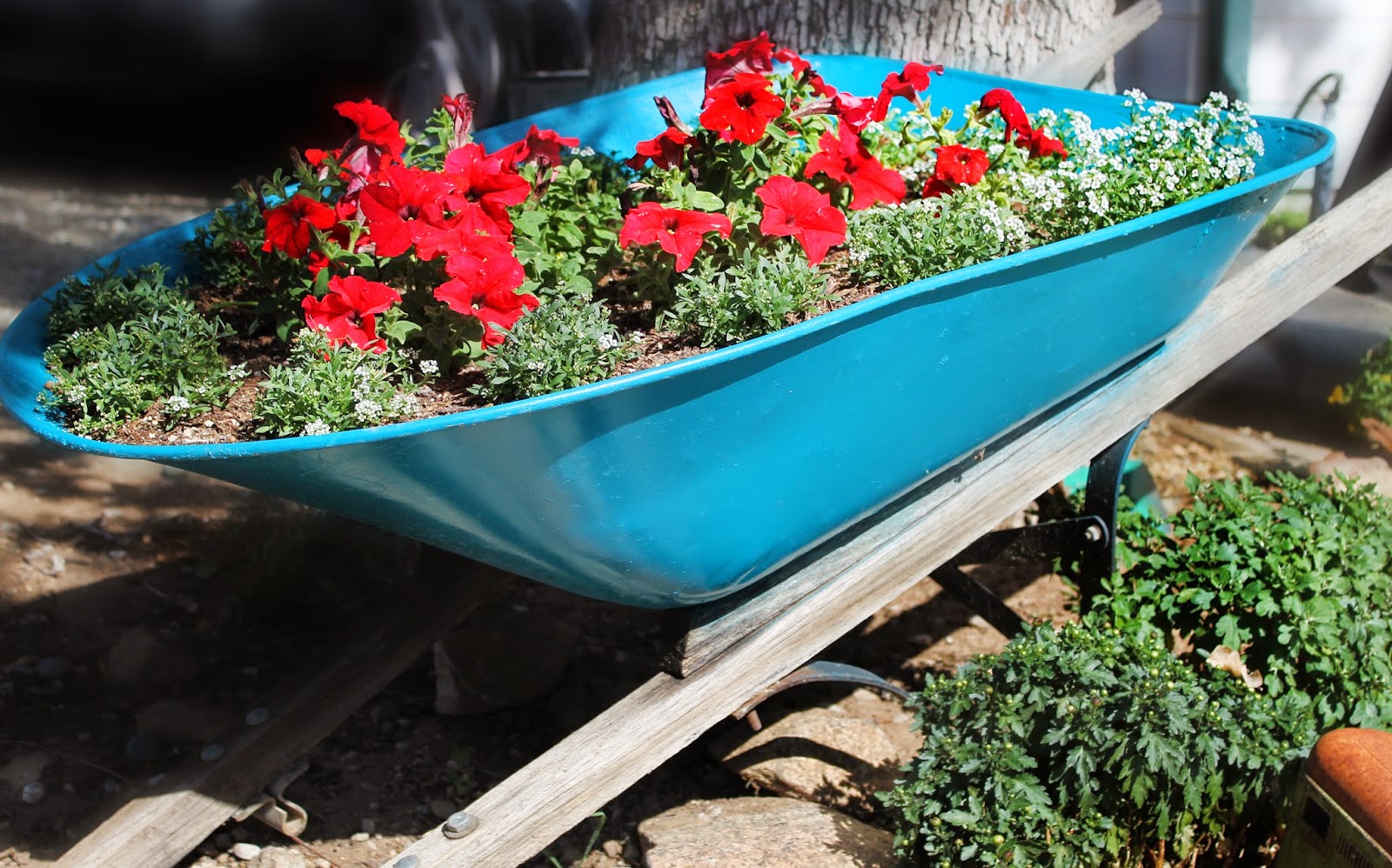 I had visions of the alyssum overflowing the edges of the wheelbarrow, but that might take a few more months. These flowers are still getting adjusted to their new environment. 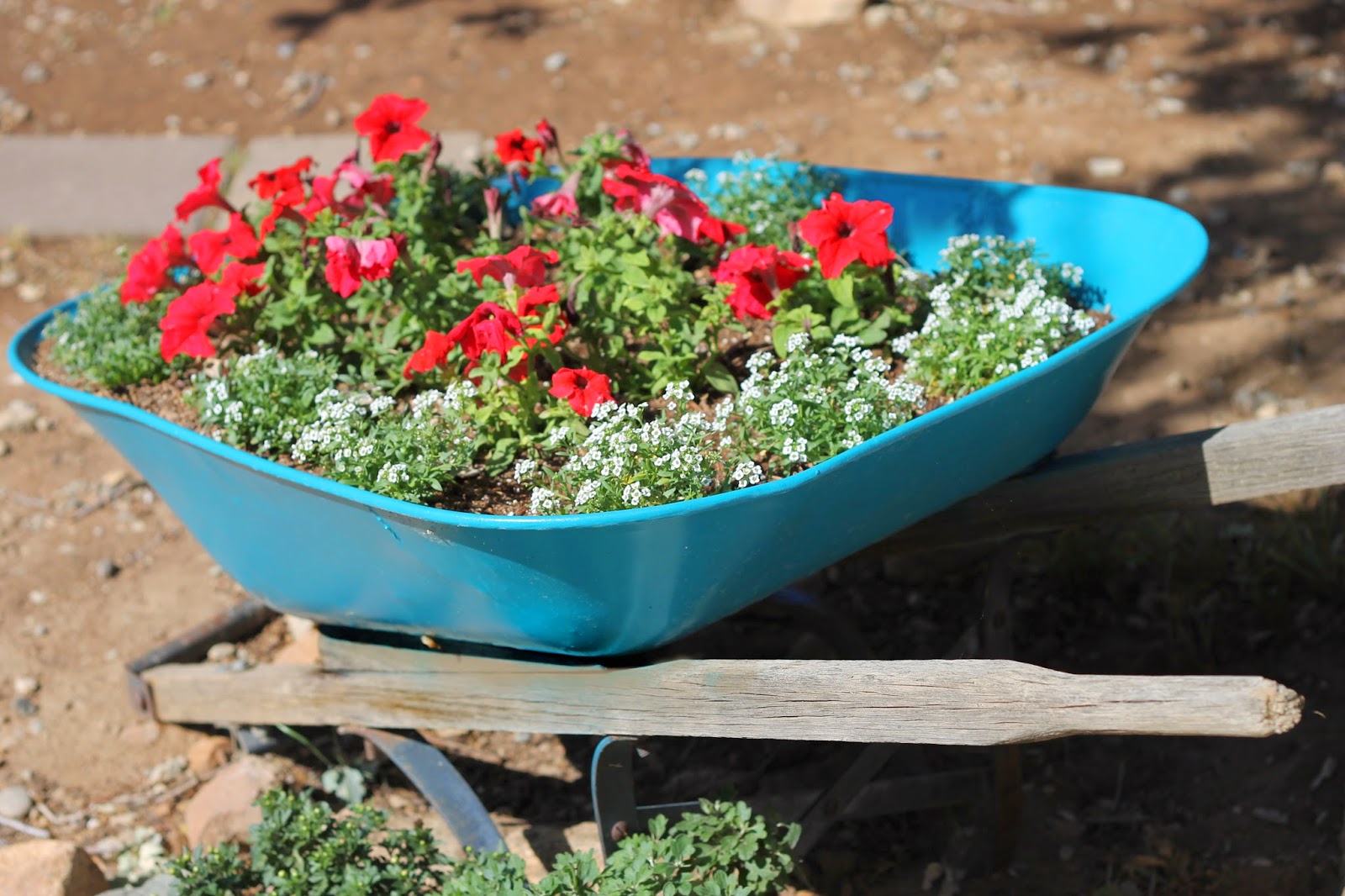 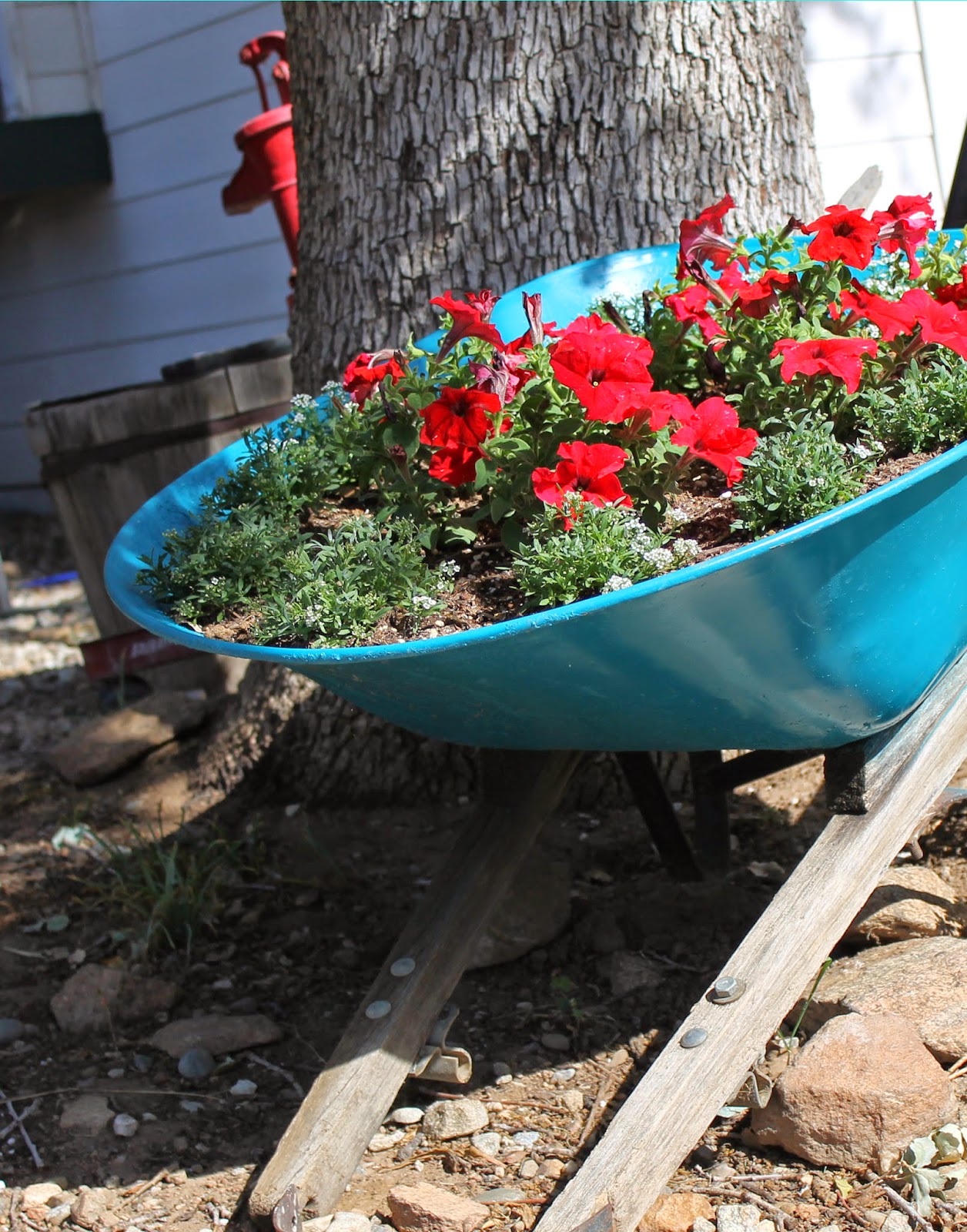 I don't usually decorate for Independence Day other than a flag, but I think this is a good start!